Heroic Faith. How to live a life of extreme devotion

The voice of the Martyrs 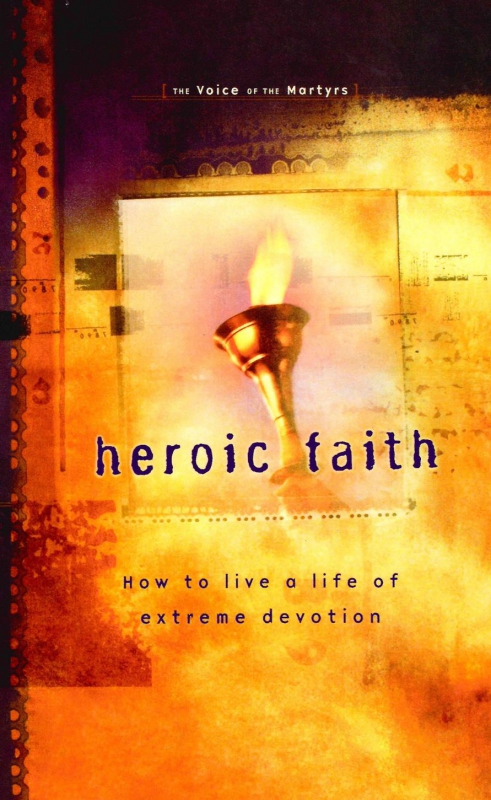 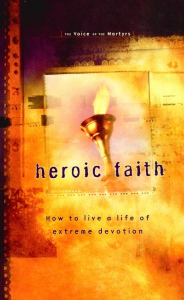 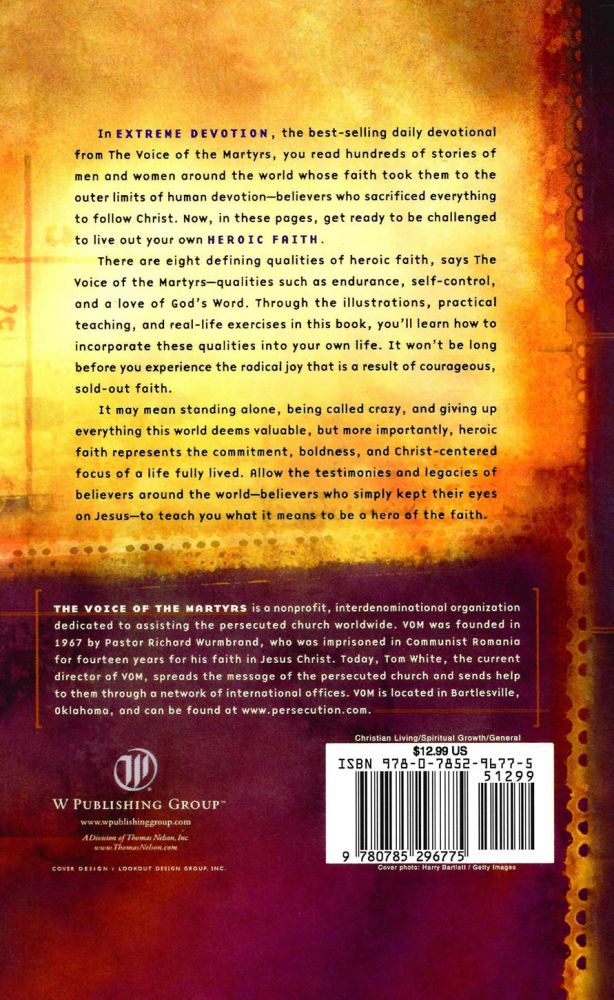 Heroic Faith
How to live a life of extreme devotion

Extreme Devotion strengthened readers through its hundreds of stories of believers throughout history who exhibited courage and devotion in the face of harsh persecution.  Heroic Faith takes those martyrs' life principles and challenges readers to live them out in their own heroic faith.

This encouraging book features a chapter on each of the principles such as self-sacrifice and courage, including some illustrations from Christians who exhibited these characterisitics in their own lives.

Many readers will want both on their shelves - Extreme Devotion as a source of inspiration and Heroic Faith as a guide for living out their own faith based on courage.