A Time to Dance. A Story of Reconcilation 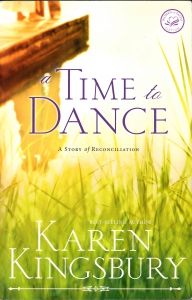 A Time to Dance. A Story of Reconcilation

After deciding to divorce, John and Abby sit down to tell their three children. However, before they can make their announcement, their oldest daughter has an announcement of her own. Matt, her boyfriend has asked her to marry him and they are getting married on her parents' 22nd anniversary in just a few months.

Suddenly, John and Abby must postpone their plans and keep silent about their decision. They try to avoid each other as much as possible so that they won't fight in front of the children.

Every time they turn around though, they are reminded of memories of their life together in the past. Friends remind them of tales from their vacations. New acquaintances ask them how they made it through their past struggles together.

As both John & Abby face these memories, they find themself facing the following questions: Can John let go of Charlene Denton and win Abby back?